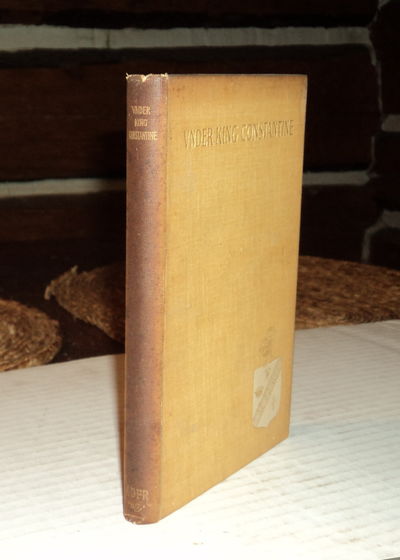 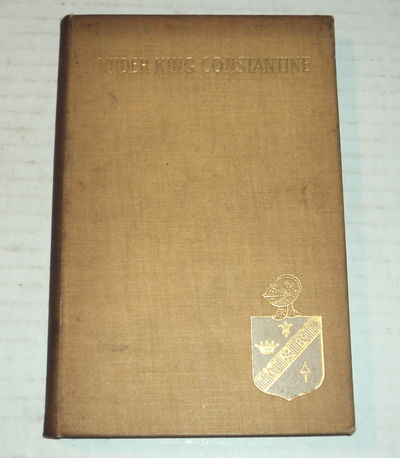 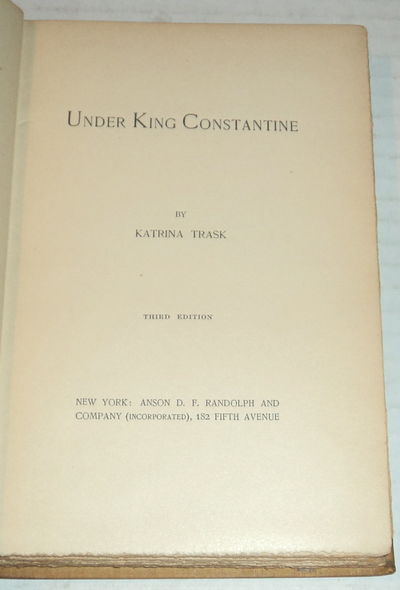 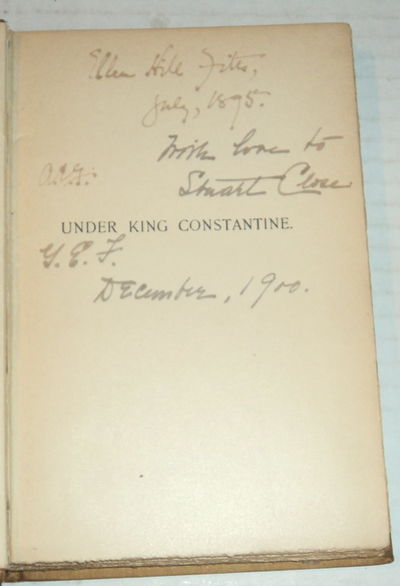 - Small octavo, tan cloth titled in gilt on spine & in gilt with a coat of arms stamped in cream & gilt on front cover. The top edge is gilt. The spine & extremities are darkened with the head of the spine lightly chipped; the covers are soiled & lightly bumped. 129 pages The page edges are darkened & the book is lightly cracked at page 84. Good. From the library of Stuart Close [1860-1929] a homeopathic doctor and author who was professor of Homoeopathic Philosophy from 1909 to 1913 at the New York Homoeopathic Medical College. He was also consulting physician at the Flower Hospital, N.Y. and at the Prospect Heights Hospital in Brooklyn. The book is inscribed to him on the front endpaper by "G.E.F." with the date December 1900. The book formerly belonged to Ellen Hill Fitts, whose name is written in ink above the inscription with the date July 1895. The author writes of her narrative poem in a prefatory note: ""The following tales, which have no legendary warrant, are supposed to belong to the time, lost in obscurity, immediately subsequent to King Arthur's death; when, says Malory in the closing chapter of La Mort d'Arthure, 'Sir Constantine, which was Sir Fadors son of Cornwaile, was chosen king of England; and hee was a full noble knight, and worshipfully hee ruled this realme.'"