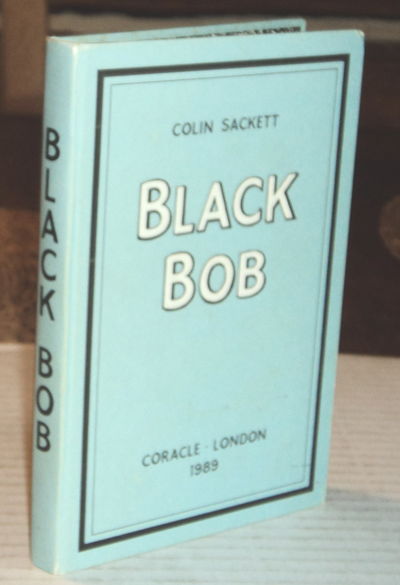 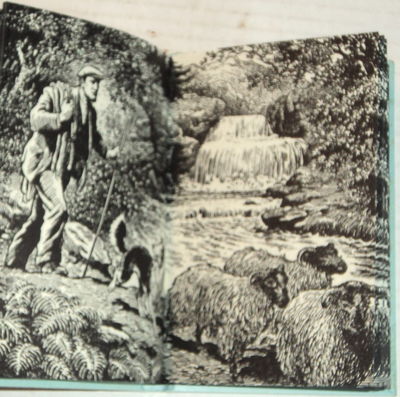 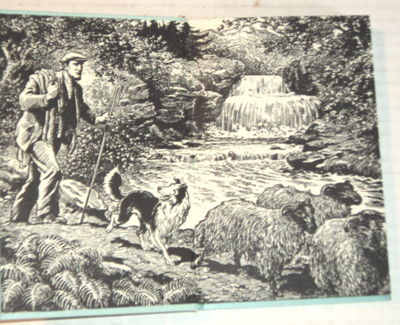 - Octavo, blue boards with the title printed in black & white on the front cover & in reverse on the rear cover. The binding is very lightly rubbed & bumped with some minor soiling. Unnumbered pages of richly printed black-and-white illustrations, each page depicting the very same image of the shepherd with Black Bob herding sheep. Very good.

Black Bob was a fictional Border Collie from Selkirk, Scotland, who originally appeared in the long-running children's comic "The Dandy". Sackett describes his book as follows: '''Black Bob' has its title printed onto the boards of the front cover, and printed in reverse on the back boards. Within, each printed endpaper repeats exactly, making the book two sequences running in opposite directions: 63 black-and-white images of three blackface sheep before a mountain stream move from back to front, and 63 images of Black Bob and his bearded shepherd on a stream's verge move from front to back. Each spread is 'identical'; the halved images join in transit to show a coherent, static image assembled from two separate, contradictory flows." First Edition.