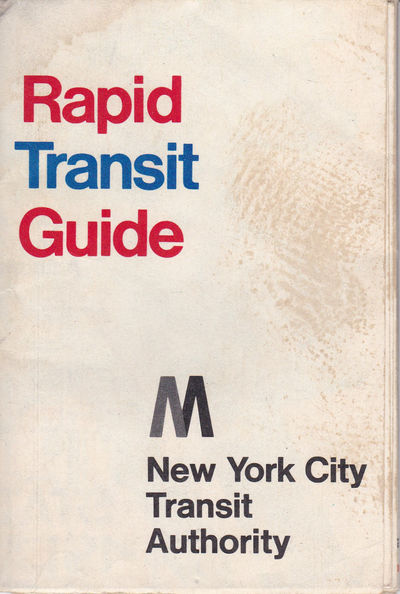 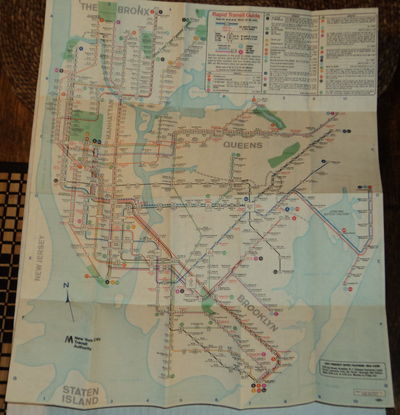 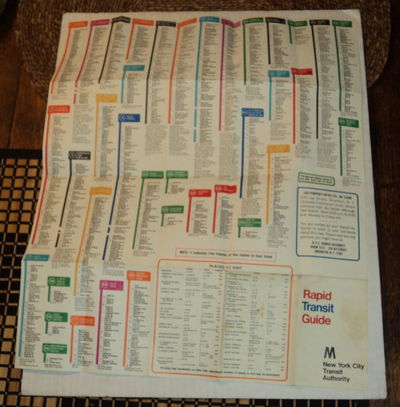 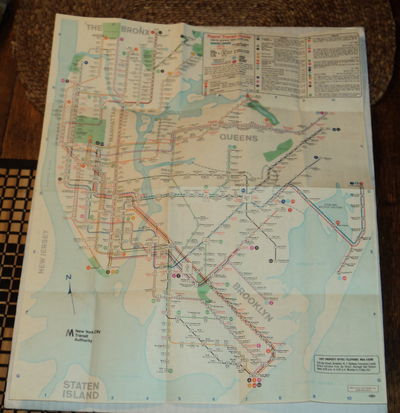 - An original 19 inch high by 15-1/2 inch wide map and station guide published in 1969 by the New York City Transit Authority. This map and guide published before New York's underground transportation system was known as the Subway measures 4-3/4 inches high by 3-1/4 inches wide when folded. The guide is titled in red, blue, and black on the front with the gray and black "M", possibly short for "MTA" or "Metro" as the system is known in other cities throughout the world. The front cover is slightly stained and there is a spot of browning to the verso. The color map shows the various lines and stations with connections. The verso lists each route, with stations, under color headings. A list of attractions which may be of interest to visitors and residents, with directions, is contained within an inset at bottom right of the verso. Very good. Created in 1953, New York City's Transit Authority ran New York's buses, streetcars and 3 of the city's subway lines. This map was published a year after the NYCTA and the Manhattan and Bronx Surface Transportation Operating Authority (MaBSTOA) merged under the management of the Metropolitan Transportation Authority (MTA).