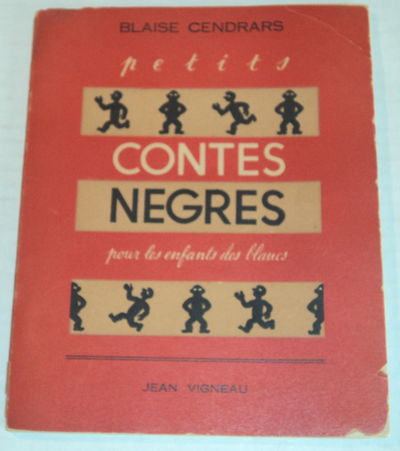 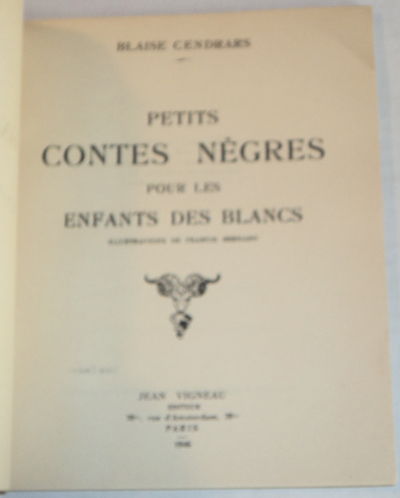 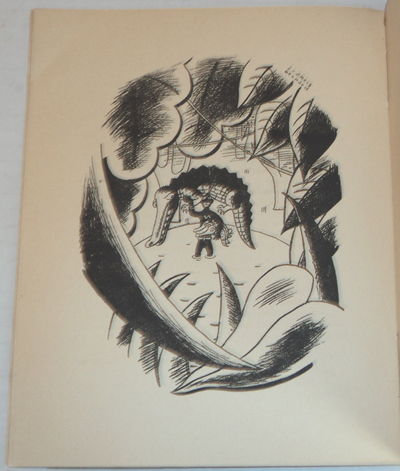 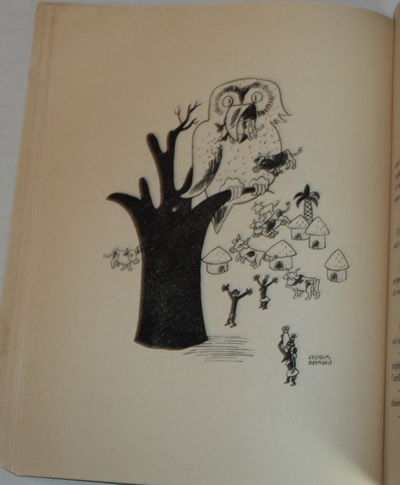 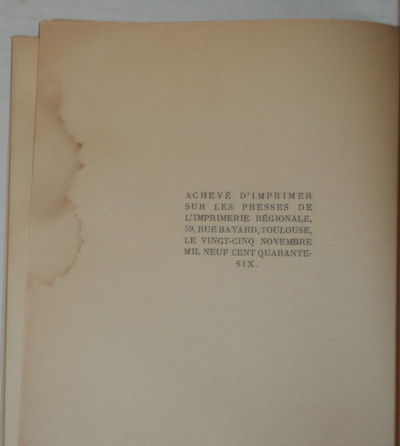 - Small quarto, 9 inches high by 7-14 inches wide. Softcover, bound in red wrappers titled in black & white and illustrated with black & white silhouettes within golden yellow panels on the front cover and book advertisements on the rear cover. The edges and corners of the covers are chipped with creases to the top front corners. The head and tail of the spine are also chipped and there is some dampstaining to the top inner corners of the covers. 94 & [2] pages, with 10 full-page illustrations by Francis Bernard. The front hinge is starting opposite the half-title and a previous owner's name "Major" is penned in an early hand on the half-title. The pages are darkened and the front edges of the last few leaves are dampstained at the top. Good.

The Swiss-born novelist and poet Frederick-Louis Sauser, better known as Blaise Cendrars (1887-1961) became a naturalized French citizen in 1916 following his service in the French Foreign Legion during the First World War. He became known as the "left-handed poet" after loosing his right arm at the battle of Champagne. Cendrars, who befriended such artists and writers as Chagall, Leger, Modigliani, Guillaume Appollinaire, Jean Cocteau, Henry Miller, Hemingway, Dos Passos, and others, was a writer of considerable influence in the European modernist movement. Henry Miller called him his "great idol" and spoke of him as "a man he really venerated as a writer". Though designated as a Jewish writer of French Expressionism by the Gestapo, he managed to survive the Second World War in occupied France.