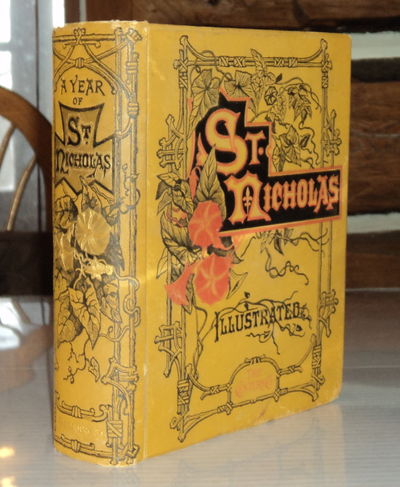 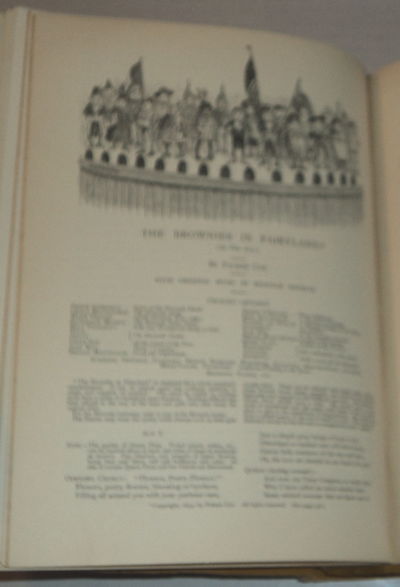 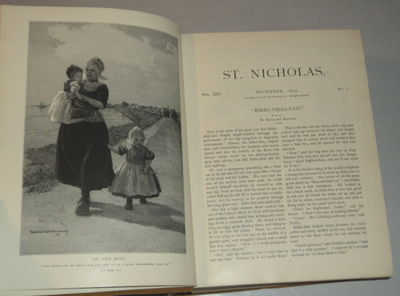 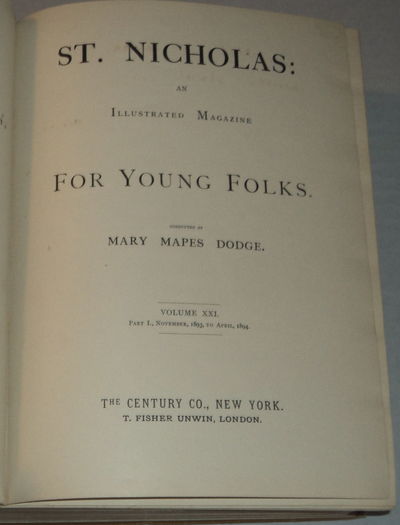 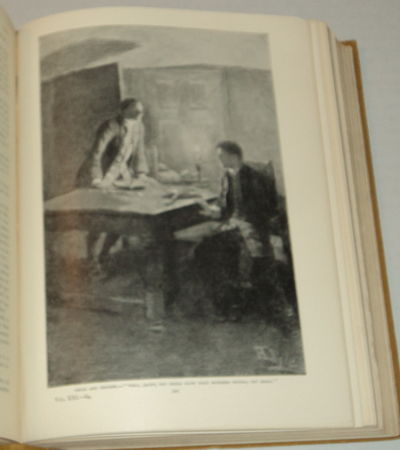 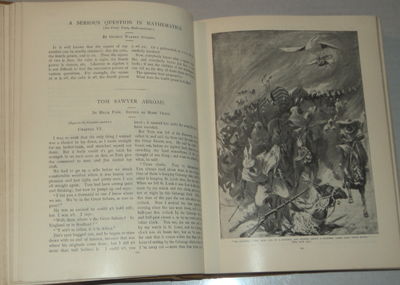 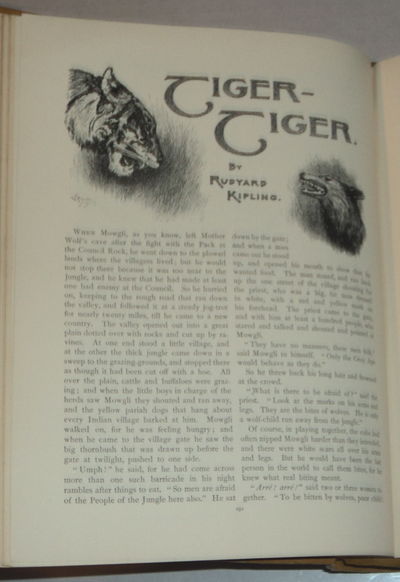 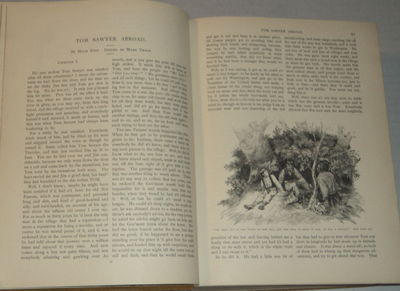 [Mark Twain's "Tom Sawyer Abroad" as first serialized in "St. Nicholas: An Illustrated Magazine for Young Folks. Conducted by Mary Mapes Dodge" Volume XXI, Parts I & II, from November, 1893 through October, 1894]. THE FIRST APPEARANCE OF MARK TWAIN'S "TOM SAWYER ABROAD" - Two parts bound in one volume, as issued. Quarto, 9-3/4 inches high by 7-3/4 inches wide. Bound in golden yellow cloth elaborately titled and illustrated in gilt, red and black on the front cover and the spine. The covers are rubbed and the head and tail of the spine are very lightly bumped with minor rubbing to the corners of the covers. [i]-viii & [1]-576 pages; and [i]-viii & [577]-1152, respectively, with profuse full-page and textual black & white illustrations throughout, including 7 full-page illustrations by Howard Pyle. The binding is slightly shaken and page 178 is loose with a short tear to the inner edge of that leaf. An early owner's gift inscription dated Christmas 1895 is penned on the front blank. The edges of the book are lightly foxed. Good. The two parts of the periodical, bound together in one volume as issued, consist of "Volume XXI, Part I -November, 1893, to April, 1894", and "Volume XXI, Part II - May to October, 1894". Here, appearing for the first time in the November 1893 through April 1894 issues, is Mark Twain's complete book "Tom Sawyer Abroad", which was subsequently published in April 1894 by Charles L. Webster & Co. Also worth noting are several of Rudyard Kipling's stories for "The Jungle Book", which was also subsequently published in 1894. The four stories are: "Rikki-Tikki-Tavi", "Toomai of the Elephants", "Mowgli's Brothers", and "Tiger! Tiger!". Chapters 1 through 22 of Howard Pyle's "Jack Ballister's Fortunes" are also here serialized with 7 full-page black & white illustrations by Pyle. Also appearing in this volume of the periodical are Palmer Cox's "The Brownies in Fairyland" (a 2-act play) and "The Brownies Through the Union"; George W. Cable's "New Orleans"; Kate Douglas Wiggin's "The Red Dolly: Master Harold Soliloquizes"; and Helen Keller's letter to John P. Spaulding entitled "Helen Keller's Visit To The World's Fair". Acording to bibliographical information three versions of Twain's "Tom Sawyer Abroad" appeared from 1893 through 1894. The first, this serialization in St. Nicholas Magazine published from November 1893 through April 1894, derived from Twain's typescript but is said to have suffered heavily at the hands of the periodical's editor Mary Mapes Dodge. Dodge edited and excised material, cutting out references to religion, perspiration and death and adding some lines of her own, which drove Twain to exclaim "God Almighty Himself has no right to put words in my mouth that I never used". Unfortunately for Twain, his instructions to his publisher Charles L. Webster & Co. to strictly follow his typescript and not set copy from the prior St. Nicholas version did not reach Webster until after the first nine chapters had been printed. Thus, only the final four chapters of the first version of the book adhere to Twain's original text. This led to some inconsistencies as Dodge had excised material from the earlier chapters which is referred to in the last few chapters. The subsequent British edition published by Chatto & Windus in 1894 finally accurately represents Twain's typescript.