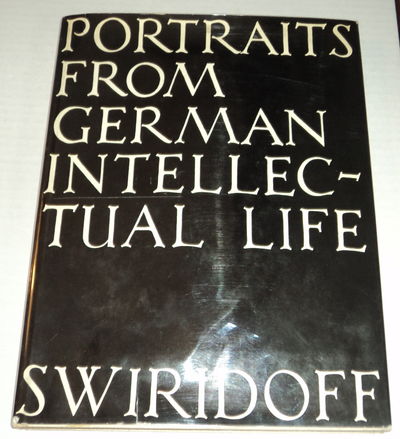 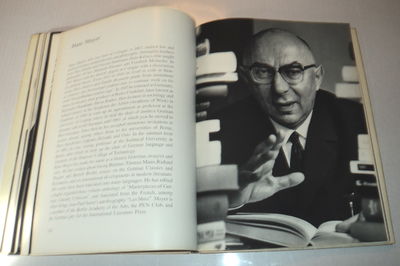 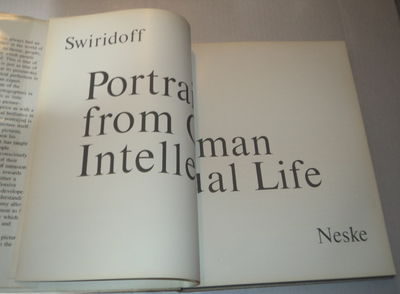 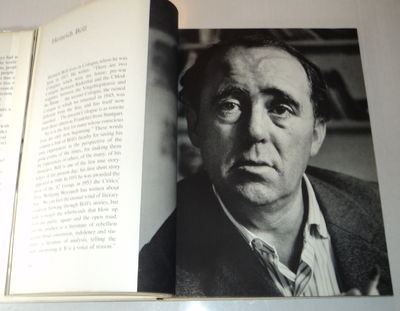 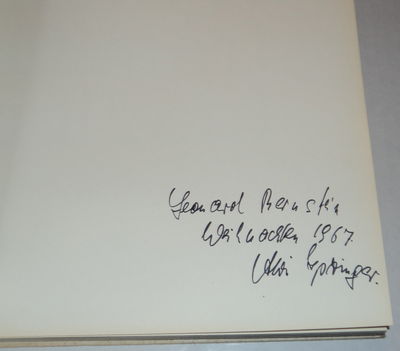 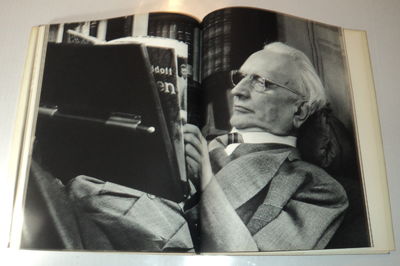 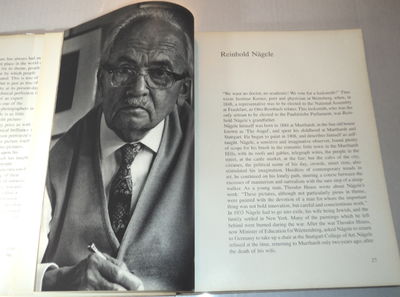 A WONDERFUL ASSOCIATION COPY INSCRIBED BY THE GERMAN CONDUCTOR & VIOLINIST ALOIS SPRINGER TO LEONARD BERNSTEIN - Quarto, 13-3/4 inches high by 10-1/2 inches wide. White cloth titled in black on the spine, in the original black dust wrapper which is contrastingly titled in white. The edges of the covers are darkened and there are soiling & tiny black marks to the rear cover. The dust jacket is rubbed & chipped with tears to the edges of the rear panel, including a longer 3 inch tear to its top edge. The jacket's rear panel is also soiled & stained. 192 pages, with profuse full-page black & white illustrations from photographs by Paul Swiridoff. Very good in good dust wrapper. From the library of Leonard Bernstein, inscribed to him by his assistant the German conductor & violinist Alois Springer on the flyleaf. The book is a collection of 90 photographic portraits of leading figures from German intellectual and artistic life, among them Ernst Bloch, Heinrich Boll, Dietrich Fischer-Dieskau, Gunter Grass, Walter Gropius, Hans Werner Henze, Carl Orff and Walter Jens. In 1966, Alois Springer (born 1935), then violin soloist and second conductor at Luxembourg's Radio Symphony Orchestra, was invited to Tanglewood by Erich Leinsdorf. He worked that Summer as an assistant to Leinsdorf and Adrian Boult. Alois Springer had met Leonard Bernstein at the festival the previous year and he subsequently went on to work as Leonard Bernstein's personal assistant and assistant conductor of the New York Philharmonic Orchestra from 1967 to 1968. He conducted the young 14 year old cellist Lawrence Foster & the New York Philharmonic for the March 31, 1968 broadcast of Bernstein's "Young People's Concerts". He subsequently left in 1968 to take on a position as the Principal Conductor of the Philharmonia Hungarica. Dust jacket present.