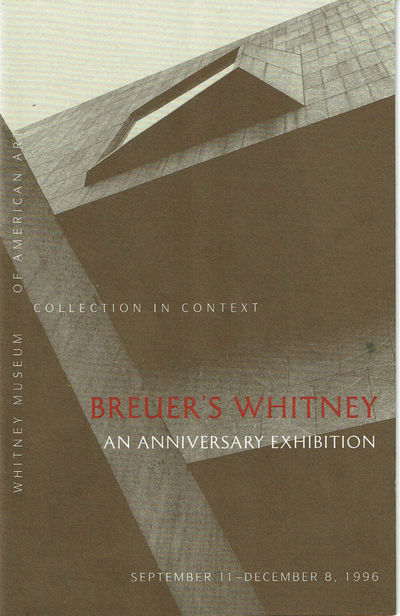 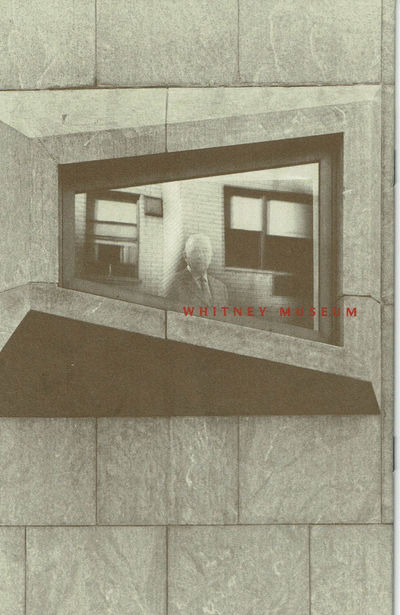 - Octavo, softcover bound in pictorial wraps picturing part of Marcel Breuer's Whitney Building. There is a small stain to the front edge of the front wrap. [20] pages printed in red & brown on light tan paper with reproductions of architectural sketches in white & brown. There is a very light vertical crease to each page in the first half of the catalog where it has been folded. Very good. Catalog for an exhibition in the "Collection in Context" series, which typically showed works from the Whitney's permanent collection. This exhibition, guest curated by Nicholas Olsberg, marked the thirtieth anniversary of the Whitney's Marcel Breuer Building and traced the history of the museum's buildings with a focus on the Breuer building. Olsberg wrote the catalog essay. The exhibition ran from September 11 to December 8, 1996.