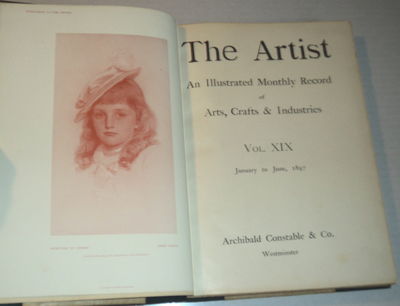 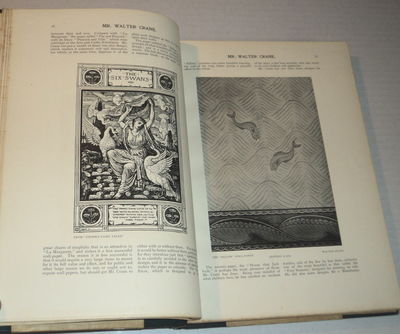 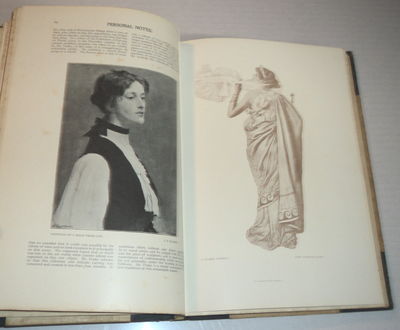 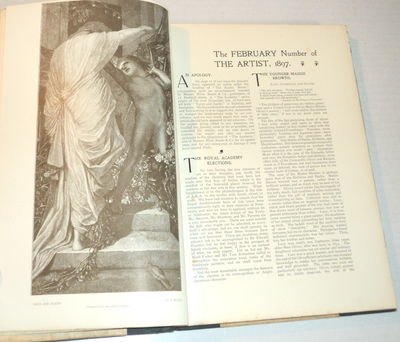 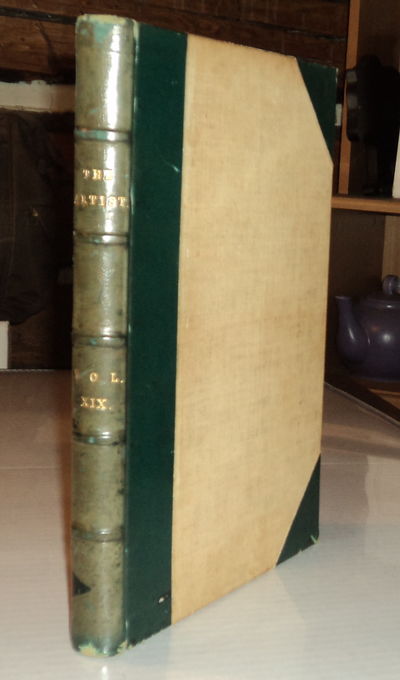 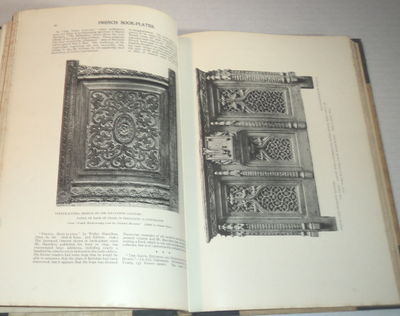 - Quarto [11-3/4 inches high by 8-1/2 inches wide], three quarters dark green calf & cream-colored cloth titled in gilt between raised bands on the spine. The top edge is gilt; marbled endpapers. There is some rubbing to the leather and the cloth is foxed & soiled. iv & 298 pages. Illustrated with a frontispiece in red & white, 15 plates and profuse illustrations in black & white. The versos of the endpapers, the front & rear blanks and the fore-edge & bottom edge are foxed. There is occasional foxing to the text pages. Good. Among the articles are essays on Walter Crane, Percy Dixon, The Madox Browns, M. Lachenal, H. Granville Fell, Adam Heaton, Jules Cheret, Frank Brangwyn, Jean Dampt, Sir Thomas Wardle, Frederick Walker and Robert Sauber. Also: "Godiva" by Alfred Lord Tennyson illustrated by A. Brennan, "Recollections of William Morris", "The Guild of Handicraft" and "Cornish Painters". The Artist began as a trade magazine without illustrations published by the art suppliers and retailers William Reeves. After a change of ownership in 1894 it was renamed "The Artist Photographer & Decorator: An Illustrated Monthly Journal of Applied Art. It acquired the title listed here in 1897. From then on, it focused primarily on decorative art, with particular emphasis on the Arts and Crafts movement.