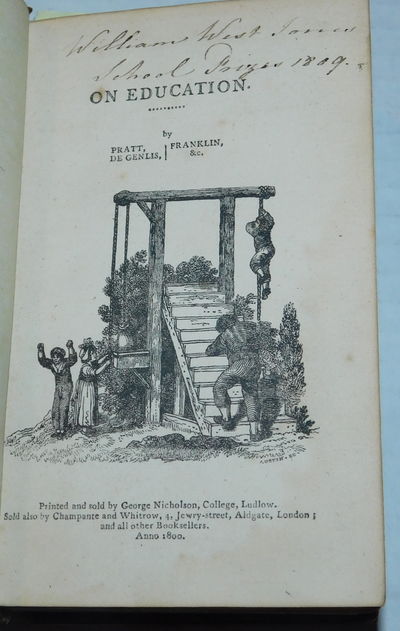 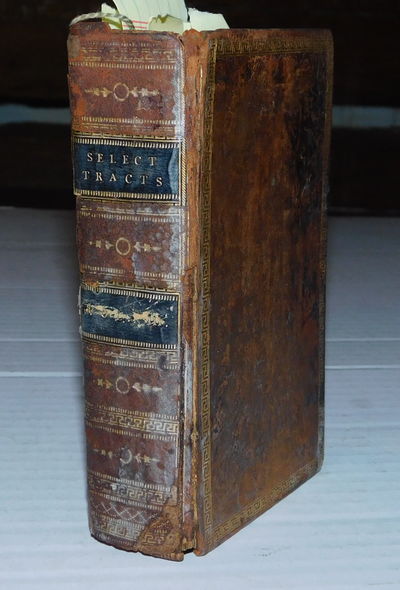 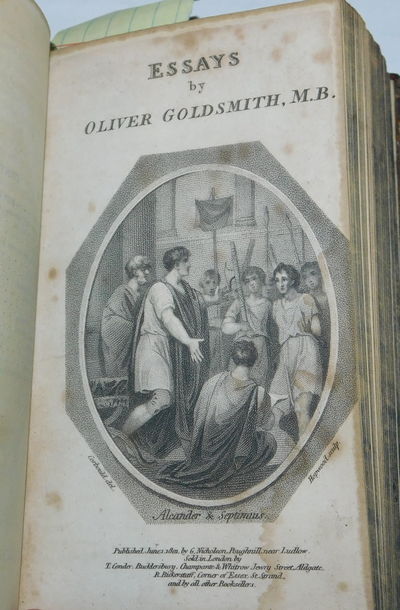 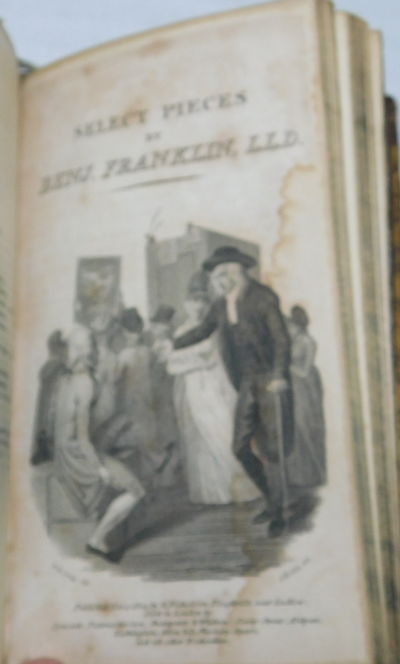 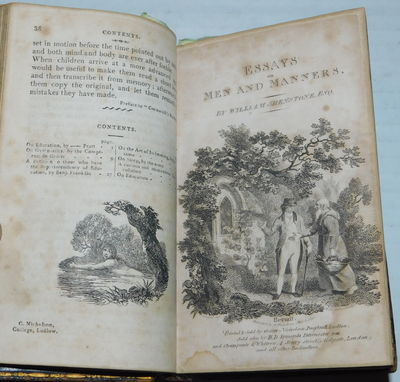 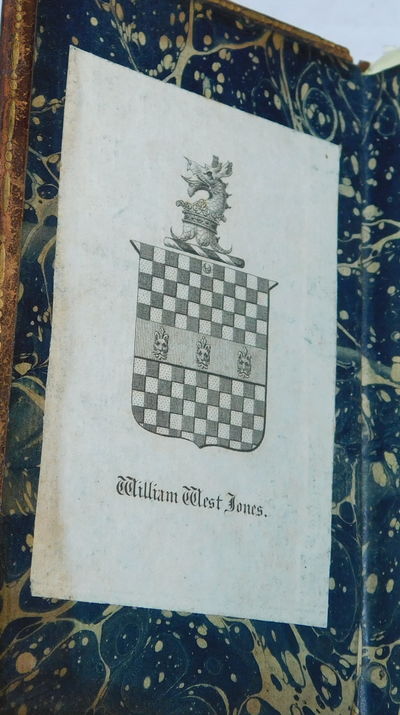 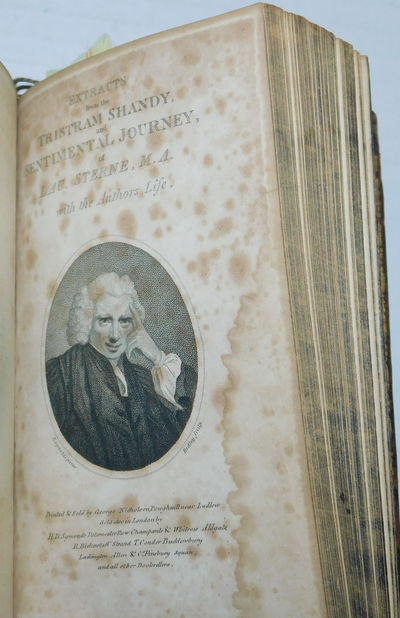 SELECT PIECES BY BENJ. FRANKLIN, LLD. [Together with 4 other early 19th century works published by George Nicholson]. (5 books in one volume).

- 16mo, 5-3/4 inches high by 3-5/8 inches wide. All nine works are bound together in early full brown calf titled "Select Tracts" in gilt on a black leather label with decorations in gilt on the spine. Formal gilt roulette frames decorate the covers. All edges are marbled. The covers are rubbed and scuffed and the leather has split along the front and rear joints. The head and tail of the spine are chipped. The first work is "ON EDUCATION", by Pratt, de Genlis, Franklin, &c. published in College, Ludlow by George Nicholson in 1800 and it collates thus: [1] leaf, pages [1]-38. Illustrated with a pictorial title page designed by W.M. Craig and engraved on wood by Richard T. Austin, and a pictorial tailpiece. The contents include: "On Education" by Pratt; "On Gymnastics" by the Comptesse de Genlis. Stephanie-Felicite du Crest la Comtesse de Genlis was an early proponent of female physical education; "A Petition to those who have the Superintendency of Education" by Benjamin Franklin; "On the Art of Swimming" by Benjamin Franklin; and "On Sleep" by Benjamin Franklin. Together with: ESSAYS ON MEN AND MANNERS by William Shenstone, Esq. Published in Poughnill, Ludlow by G. Nicholson on May 1, 1800. Pages [1-2], 1-2, 1-176 & [2], the last leaf being a table of contents. The work is illustrated with an engraved pictorial title and a tailpiece. The title illustration, "Hermit", was drawn by Richard Corbould and engraved by William Bromley. Together with: ESSAYS. By Oliver Goldsmith, M.B.. Poughnill, near Ludlow: G. Nicholson, June 1801. Pages [1-2], 1-58 & [2]. Illustrated with an engraved pictorial title and a tailpiece. The title illustration "Alexander & Septimus" was drawn by Richard Corbould and engraved by James Hopwood. Together with: EXTRACTS FROM THE TRISTRAM SHANDY AND SENTIMENTAL JOURNEY OF LAU. STERNE, M.A. WITH THE AUTHORS LIFE by Laurence Sterne. Poughnill, Ludlow: George Nicholson, [circa 1800]. Pages [1-2], i-xxiv, 1-82, including a table of contents. Illustrated with a portrait title vignette and a tailpiece. The portrait of Sterne illustrating the pictorial title was drawn by Joshua Reynolds and engraved by William Ridley. The tailpiece is signed by Richard T. Austin in the plate. Together with: SELECT PIECES BY BENJ. FRANKLIN, LLD. Poughnill, near Ludlow: George Nicholson, Nov. 1, 1804. Pages [1-2], 1-59 & [1], including a table of contents. Illustrated with an pictorial title vignette and a tailpiece. The title portrait was drawn by W.M. Craig and engraved by Samuel Noble. The contents include the following essays by Benjamin Franklin: "Preliminary Address to the Pennsylvania Almanack, intitled 'Poor Richard's Almanack for the year 1758'"; "Necessary Hints to Those Who Would be Rich"; "The Way to Make Money Plentiful"; "Advice to a Young Tradesman"; "An Economical Project"; "The whistle. A True Story Written To His Nephew"; "The Handsome & Deformed Leg"; "Morals of Chess"; "A new Mode of Bathing"; "Observations on the Doctrines of Life and Death"; "Precautions to Voyagers"; "Remarks Concerning the Savages of North America"; "An Allegorical Dream"; and " A Parable Against Persecution". Except for staining and light foxing to four of the five title pages and some minor foxing to the pages of the first work, the contents are bright & clean. From the collection of William West Jones, with his armorial bookplate on the front pastedown. Jones has further penned his name followed by "School Prizes 1809" at the top of the first work's title page and penned his name at the top of another title leaf. A simple table of contents is penned in ink on the front blank.

Title: SELECT PIECES BY BENJ. FRANKLIN, LLD. [Together with 4 other early 19th century works published by George Nicholson]. (5 books in one volume).

SELECT PIECES BY BENJ. FRANKLIN, LLD. [Together with 4 other early 19th century works published by George Nicholson]. (5 books in one volume).